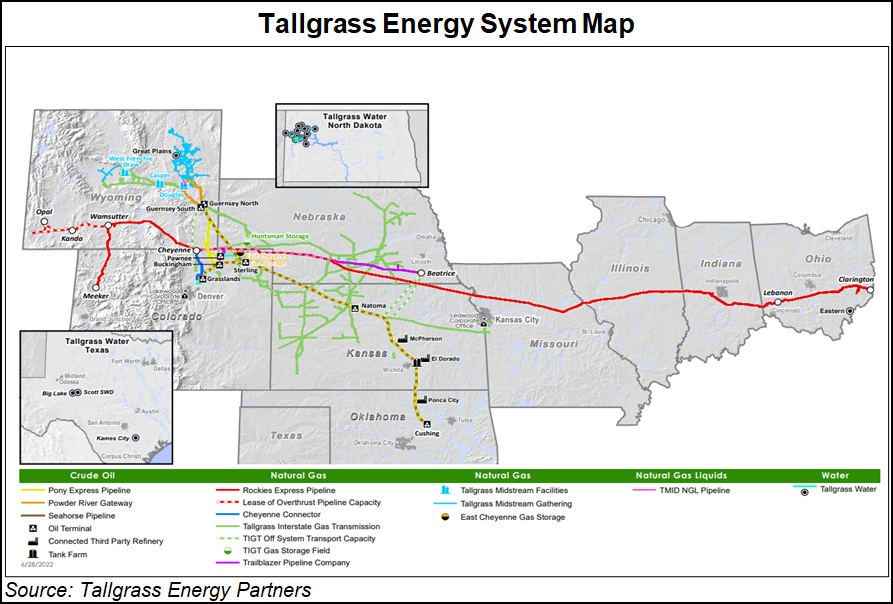 Tallgrass Energy is set to install dozens of turboexpander systems capable of responding to variable temperatures, pressures and flow rates across its natural gas network in partnership with Sapphire Technologies and Evolve Energy.

The trio is expected to install more than 72 of Sapphire’s FreeSpin In-line Turboexpanders (FIT) across the Tallgrass natural gas pipeline system over the next three years, according to Cerritos, CA-based Sapphire. "The partnership provides us an opportunity to tap into the U.S. market using our turboexpander technology with Tallgrass Energy,” said Sapphire CEO Freddie Sarhan.

The FIT is able to extract energy from the pressure reduction required at various stages of gas distribution, allowing for electricity generation with fewer emissions. As pre-heated high-pressure gas flows through the FIT, the expanding gas moves through the system’s radial turbine wheel, allowing low-pressure gas to exit for delivery to end users. Energy wasted during the pressure reduction process is recovered by FIT using a system of active magnetic bearings, a high-speed permanent magnet generator and a high-frequency, variable-speed drive. The drive can be programmed to specific power requirements. The power generated would be consumed in Evolve’s data centers, which would provide integration services for Tallgrass, Sapphire said. Houston-based Evolve provides planning, design, deployment and management services throughout the lifecycle of critical infrastructure.

Tallgrass has increasingly stepped up its efforts to reduce greenhouse gas emissions, not only in its operations, but also for the Midwest. In January, the Wyoming Energy Authority awarded the midstreamer more than $4.1 million to fund development of a commercial-scale carbon dioxide (CO2) sequestration hub.

In addition, Tallgrass in September and Norway’s Equinor ASA said they would be researching large-scale hydrogen production to capture at least 95% of the CO2 for permanent sequestration, as well as to transport and store ammonia.

Three Things to Know About Decarbonization

Thank you! Your submission has been received!
Oops! Something went wrong while submitting the form.